Due to genetic predisposition, unhealthy eating habits and accompanying sedentary lifestyle or hormonal malfunctioning, the rate of fat in the body of people increases and these fats can be concentrated especially in certain areas. People with high fat ratio can lose weight throughout their body with diets given by nutritionists and dieticians. These diets will be based on various factors such as age, height, weight and metabolism. Regional thinning is applied if the person cannot get rid of the locally located fat. This is often the case especially in the areas such as abdomen, hip, waist. This can be the case even if the person has lost weight. With medical aesthetic applications such as Aqualyx, regional slimming can be achieved without the need for surgery. In order to achieve the targeted thinning in areas with regional fat, a safe medical mixture called Aqualyx, which has a CE certificate, is used.

How is the regional slimming application performed with Aqualyx?
The basic logic of the regional thinning application with Aqualyx is to benefit from a substance similar to bile acid that exists in the human body and functions in the digestive system. The medical ingredient called Aqualyx enables the release of fatty acids in the stored fat cells, is applied to problematic areas by injection, thus achieving a degreasing effect. With this medical intervention, people can achieve results in fat deposited areas without the need for any surgical application.

Which areas can slimming be done with Aqualyx?
The application with Aqualyx can be applied to almost all body areas due to the natural content of the thinning application. The areas most frequently encountered with regional fat problem are the waist and abdomen region in men, and the waist in women but also hip and hip areas and body areas such as arms and legs and nape. 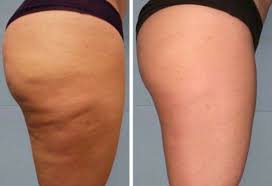 Please call to make an appointment